No doubt you have seen some of the mind manipulation techniques on TV programmes where the 'stooge' is answering questions along with about a dozen other people.  After building up some rapport as everyone answers the questions correctly for one question the rest of the people answer it slighly wrong but all the same  give the same wrong answer and the stooge who happens to come last invariably goes along with the consensus - to fit in with everyone else or for fear of being wrong.

You would think that a confident person who was sure of themselves would be  brave enough to stick with what they believed and chance being wrong.

However, as far as i am aware, no-one ever does.

You know that in certain cultures animals are religiously worshipped and protected.  You know that it is a habit worldwide of making symbols to represent what is important to us, some have deep meaning others are religiously significant.  But those symbols are like a logo for a belief or commitment.  If you see a cross it's Christian (don't shoot me if it also represents something else) everyone knows the green leaf of vegetarianism etc 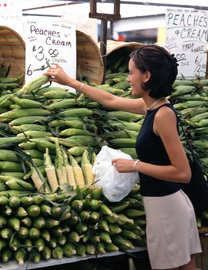 I am one of them but I am confused.  When you take a piece of processed soya or pea protein or whatever and mould it into the shape of something that you have made a conscious decision to give up eating, what are you doing?.

I don't think the nutritional value of the product is enhanced by its shape (but I could be wrong)
I know that hours of research and manipulation try to produce a taste as close as possible to the shape thus furthering the impression of eating the real thing - the idol.

The only explanation I can think is  to conform to the rejected norm.


I am jusr very confused about why it is so important for people who don't eat meat to buy into pretending that they are eating meat..
.
I don't think it is worshipping an idol as generally you don't go ahead and eat them

It's like there is something missing if we don't have the compensation of pretend meat.  That doesn't make sense.
If you don't smoke you don't go around pretending to smoke unless you have a problem with it.  Is there something I have missed are some people addicted to meat and find trouble giving it up.  As is becoming more and more accepted these days - even by the pharmaceutical and mediacal giants, addiction is mainly a psychological state then what are they addicted to.
Why do we have to have meat free sausages, bacon, fillets, burgers, mince, fish fingers and more.  Why can't we have the 'bacon' tasty s it is for some people in rounds and by a different name.  Why can't we revolutionise our eating patterns instead of playing copy cat.
What IS going on? 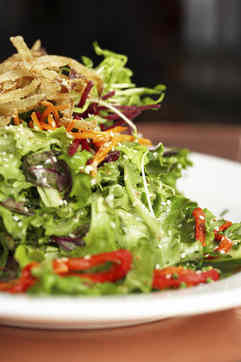 Logically if you decide not to eat animals for hraalth reasons then I can see nothing strange  about eating 'healthier pretend' anmials.

However if you are eating vegetation to avoid harming animals and to protest about the way animals are farmed then to me it's not making sense.

Surely you need to move away from the animal culture os eating.  Someone facebooked a cake made very realistically in the shaped of lifesized baby to be cut up and eaten at a baby shower and the comments were negative - it looks barbaric.

Why then are we not concerned about giving out the same message with animals.  Is it because it's only a selected bit of the animal you are pretending to eat

I know some people like the taste of meat but honestly the shape doesn;t make the taste and frankly though its 36 years since I tasted meat  can't see it being that authentic.

It is more likely that as more people are becoming v's then food manufacturing companies are seeing their profits disappear and are  desperately looking for ways to provide for the relatively new market - and we're , like sheep, all buying into it.

It is not only the money but the acceptance that we will eat pretend meat keeping meat on the plate for the meat marketing board too.

Lets work towards getting meat off the plate and rejecting the need to eat animals even if it is only pretending.
It's a little like stopping giving children guns to play cowboys and indians.  They are not real guns but are creating an acceptance of the fight.
(Ohh if quorn or Linda MacCartney get's hold of this they're going to close us down lol)
Time to rethink methinks

There are some really tasty meals that you can make very quickly without pretending to eat a piece of animal.  Keep reading for some ideas over the next few weeks.
Andrea Lowe
Zen lounge