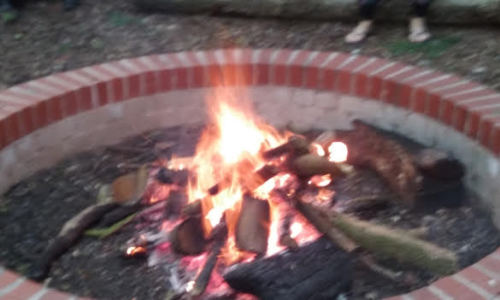 There is also a claim that because of the way the sutras were worded they were intended for practitioners already on the path of yoga practice not really for beginners and if you start reading them for the first time they can be a bit of a handful to follow. With perseverance however as you practice their meaning begins to reveal itself. Having said this the late great B.K.S. Iyengar known for his precise interpretation insisted that the sutras were not just for experienced yogis but were also intended for anyone wanting to take up the practice.

As with a number of other contemplative paths Patanjali did however suggest a preparatory way for beginners to use the sutras and this has come to be known as Kriya Yoga.* This is not the Kriya Yoga associated with Kundalini – the Kriyas – the latter are a set of around 20 definite practices each of which can bring together asana, breathing, mudra and visualization.

The Kriya Yoga Patanjali referred to for getting practice under way or even for getting it back on track is the application of the principles of the last three Nyamas in his Eight Limbs contained in the 2nd pada or chapter of the sutras, that of Tapas (resolve), Svadhyaya (mental perceptions) and Ishvara Pranidhana (devotion).

These can seem like lofty principles but they are accessible by everyone as they they need not be as demanding as they appear.

Take for example Tapas. Strictly defined as a burning resolve or discipline. Applying oneself to ones goal of yoga with such determination so as to burn off any impurities in our lifestyle that stand as obstacles to our evolution. Sounds like hard discipline. Even Patanjali put such importance in the idea of discipline that he included a section in the sutras that referred to Abyasa and Vairagya (see below). Abyasa simply means never give up (discipline) but always let go Vairagya (be non-attached).

Don't be disheartened as even some of the great masters of yoga have claimed that applying tapas can be a gentle process rather than one of extreme austerity. If we look at the concept of discipline it is the action rather than its severity that counts.

I love a Taoist reference to discipline I came across a few years ago which said that if your discipline was to get up each morning at 6am and jump in your local river in any season this was a powerful discipline...it could also be powerfully life threatening! What's important really is the regularity and timing rather than any possible pain that can be attached to it. So it would be equally as powerful if you got up at 8am (if that was a more civilized time for you) and moved three stones from one end of your garden to the other or even if you took three glasses out of your cupboard and then put them back. The timing is important in this however, so instead of saying I'll do whatever “action” at 8am, which can eventually become “about 8am”, resolve to do it at a precise time such as 8.01am or even 8.29am. Believe me there is still some pain with keeping such simple actions going day in day out!

If you want to bring your yoga into the equation then resolve to start your meditation at 8.01. Remembering that severity is not necessarily so important, if you were wanting to get into a daily discipline with your personal yoga asana practice, it's not so vital to start a full practice at 8.01. If you are struggling to get off the mark then resolve to do asana for just 1 minute starting at 8.01. Do this for a month and then increase the time. The action of the daily discipline will start to make a difference in your life as the repetitive action firms up your resolve to make choices, to persevere in your practice, determination not to give up (abyasa) and coping better with distractions and temptations. This is true not just of your yoga practice but also in your day to day life and yoga off the mat is just as important as yoga on the mat.

*Two other great paths of yoga are Jnana Yoga and Bhakti which also have a preparatory approach.With Jnana it is viveka (mental perceptions come first here)) or the use of insight meditation loosely to discriminate between body, mind and spirit, then vairagya (devotion) and shatsampatti (resolve)With Bhakti it is pranipata (devotion comes first) then pariprashna (mental perceptions) and then seva (resolve)