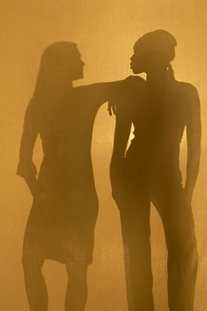 Having someone who is a pathological liar is to say the least difficult to live or work  with.

The effect of being on the recieving end of an onslaught of lies can eventually leave you vulnerable (is it me or was that actually a lie) suspicious, not just of your liar companion but of others too and very, very frustrated.  You can either argue and if you are arguing with an accomplished liar then they are the ones who can talk their way out of a paper bag and leave you dizzy and even more frustrated, or you can swallow it and carry on building  up your frustration within.

Being able to spot the lie with reasonable accuracy must be like the answer to a million prayers..... but is it.  If you were pretty certain that someone was lying to you how would that change what you did about it.  Of course, it depends on who it is who is doing the lying and if the lying is damaging to you.

Some people lie for effect - shall we call these the fishermen telling about the one that got away.  They are fairly harmless and often entertaining too.  If you live with them it may irritate after a while but no real damage or gain.

There is absolutely no point in 'tackling' this type of liar as they don't even realsie they are doing it.  They are just entertaining.

I used to work with someone like this.  He was always telling tall stories about what he had bought - on one occasional a massive colour tv bigger than big - or tales of accomplishments etc.  Underneath he was pretty insecure but his tall stories bigged him up in the office and were harmless and often entertaining once it was acknowledged that almost everything he said was a lie.

Then are those who lie because they want to avoid conflict - we could call these the chickens as they would rather cluck cluck in agreement with you than say what they actually feel.  They are the ones who are likely to come across as cooperative and in agreement with you yet do what they want behind your back.  They are not malicious and wouldn't hurt you but want to do their own thing without discussion and want to protect themselves from criticism.  Children fall into this group and those who have not got much condifence or self-esteem. Nagging rarely works long term.

"Yes. Of course I remembered to post the letter." whilst surrupticiously shuffling it deeper into their pocket to forget again and then denying culpability when the red bill comes.

Following on from this group are the -garden fencers - these are the people that have to be calling seemingly everyone that they come into contact with.  They have nothing much to talk about of their own so they critise others.  Beware of trusting these people and be sure that if they are calling someone to you they will be calling you to others.  You are not special to them.  They exaggerate and try to cause  conflict for you as you take their apparent side in the dispute and enact their dissatisfaction.   They are looking to enhance their support and put others down.  Again people with low self-worth.  Only dangerous if they are able to rally support turning the while situation into a bullying excercise only to step in ans rescue their victim  leaving you seeming to be the bad guy.

We all know people like this who call their best friend or relative  with venom only to be cosy and close the next time you see them together.

Stretching the latter group a little further we get what we shall call  - the cheaters.  These are the ones who take that cooperative superficial veneer and cover up doing exactly what they want and as much as they can get away with.  So they would be unfaithful if you were their partner, they would gain at your expense if you worked with them or were their friend.  These are a very difficult group to deal with as they just don't seem to care whether you are aware or not.  The more you care about this group the more you get hurt.  The harder you try to understand them the harder you fall.  These liars are the ones who never appreciate what they have - occasionally and very occasionally at that until they loose it.  It is no use trying to reason with these people and unless you want to attempt  to rule them with an iron rod providing  you have something to threaten them with, like their job, then you may as well walk away earlier rather than later.

How to spot the liar.

As with most things it 's easy when you know how!

Preparing for your test

In order to spot a lie with reasonable accuracy you have to first develop a habit of watching very closely and paying attention to everything about the person that you are observing.

So you need to be aware of the body movement and subtle changes.  Don't go reading books about body language and what it tells you because everyone is an individual and  what might work for the majority may be very different for someone else.

Notice their facial expressions as they are talking, where they look, if their colouring changes subtly - again don't go reading books about eye accessing or assume that a blush means guilt as everyone is different although the person in front of you will be the same each time they communicate.

Notice the tone of their voice, the speed of their talk, the rythmn of their speech and how these things change depending on the subject they are talking about.

Do this until you feel you are becoming competent  and it is second nature.

In order to carry out this test successfully you will need to prepare your subject.

First develop a good understanding of all of the above in normal communication with them.

Now this may be a little harder but put them in a situation where you are certain that they are lying - if they are willing it could be a game (see below for suggestion).

Notice the changes that take place when they are lying (and there absolutely will be definite subtle things that happen  - it is almost impossible for there not to be.

Now make a note of these changes mentally and next time you suspect them of lying then just relax and look out for the subtlties of the lie. Voila spotted.

I know someone who gets angry and defensive when clallenged and lie in response.  i.e. !How could you say that to me.  Don't you know me better than that?"  Given a similar situattion if they were being truthful they would be calmer and more reasonable.

Another person I know changes the tone of her voice and it becomes like a story telling voice and sounds rehearsed when she is telling me a load of baloney.That of course is amplified when on the phone as the only clues I have are the voice and so it becomes more relevant.

What you do with your knowledge is another matter.

You can see that in most cases reasoning or opening up a discussion does not solve the problem of the lies.

There is no point arguing either as they wiull contniue to lie.

Maybe a double bind is a good way to go such as "Now I know you will deny this and I know you are lying.  But just as long as you realise I know." "I don't need to discuss it."

It will give you some satisfaction just informing them of this and eventually who knows they may decide for themselves that is't time to stop.

A game could be let me see if you can fool me.  Hide a penny under one of three cups and by questioning you I will tell you which cup the penny is under. Tell them that the object of the games is to lie so that you don't know which cup the penny is under or they may choose to tell the truth.  For instance "is the penny under that cup?"  "Is it not under that cup?"  "Is it next to two empty cups?" etc  You won't know whether they are lying or telling the truth .... or will you. Proceed to question them and notice how the answer differently.  If you want to be super smooth and lull them into a flase sense of security then get the answer wrong but know yourself what the correct answer is.

Andrea is a senior hypnotherapist with the General Hypnotherapy Register.She is also course tutor on the Mind and Body Hypnotherapy Practitioner Training course and Hypnotherapy  Foundation course.