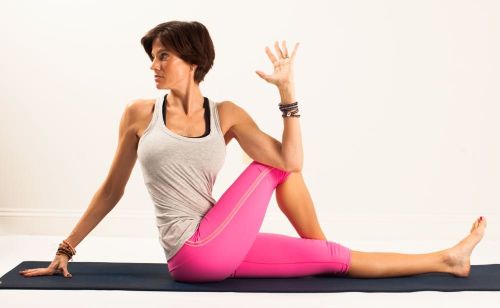 I can remember many years ago when I started practicing yoga that there was no real evidence of yoga teachers in most towns (cities maybe). I lived in Prestwich then and you had to go to Chorlton or the Manch.Univ. campus to find one. If you did it was likely they taught Hatha Yoga.

In contrast today there seems to be a yoga teacher in every town and village across the UK and the styles vary from Ashtanga Yoga to Dru Yoga and many more.

It can depend on what outcome you are looking for in your practice. Are you simply wanting to persue a moderate physical activity that will make you more flexible, toned and a little stronger; are you looking to relieve your stress and anxiety, are you seeking a deeper level of spritual reality? If it is one of the former then pretty well any style could suit you. Then again if it is one of the latter pretty well any style  could suit you! You might just find that Ashtanga Yoga is a bit physically challenging or Kundalini Yoga a bit high voltage. But all claim to be going in the same direction albeit a different path.

So you could do a little yoga touring. Yes that means move around and try a few till you find the right one for you. I think the same goes for differing yoga teachers. You eventually find one that you are comfortable with and like the varying styles of yoga, all teachers are different but it is fair to say they are all on the same path. Or should I say they are all on a different path that leads to the same place!

The same concept applies to the deeper thinking behind yoga asana classes. The thinking we see if we read Patanjali's Yoga Sutras.

In the sutras we find the practitioners framework referred to as the Eight Limbs which are Yamas and Niyamas (the restaints and observances) Asana (postures) Pranayama (breathing) Pratyahara (sense withdrawal) Dharana, Dhyana and Samadhi (concentration, contemplation and merging into blissfulness).

Many think that it is best to start with asana and pranayama and we are often first introduced to yoga with these two limbs. Yet they are all referred to as the "limbs" and they are not necessarily meant to be considered in a linear way. Like saying "Well, I'll stick with the asana and breathing for a while and maybe in the future look at Dharana and the last two and sometime I'll get around to the yamas and niyamas. The point is that in their own right each of the limbs is going in the same direction so we should not really neglect any of the limbs for long. I was remiss myself for years putting off Samadhi thinking that it was for more "advanced" practitioners, whatever that means!

Once we have started to get comfortable with asana and breathing then why not delve into dharana and even samadhi.

Even if we spent months just contemplating the yamas and niyamas along with our asana work we would learn a great eal about ourslves.

So when you are wondering where to go next with your yoga practice be daring, be adventurous and move around those limbs with greater confidence and prove to yourself that all paths do indeed lead to Om.