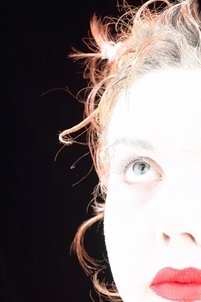 As part of my hypnotherapy course trainee hypnotherapists do a lot of work on examining their motives - and often that involves the need to look the reasons why it feels good to help people or be seen as nice or behave as people want you to behave.

It is a good thing to consider and  develop an awareness about your own motives, whether you are a therapist or just a 'nice' person.

The other day someone was giving me a lift in their car and an innocent incident reinforced that this is relevant even on the most casual of ;nice' actions and I thought it worth sharing.

It was in the evening so it was darkish with street lights on.  We were approaching a main junction where there was a very short queue and there was a car waiting to join our traffic from the left.  My friend slowed down and flashed for the car to come onto the road in front of her.  What happened next though was a surprise to both of us.  Neither of us had noticed the man standing at the pedestrian lights waiting for the lights to chance to green for him red for us.  He came walking across whilst the  light were still unchanged and my friend had to pull up sharpish.

It wasn't anywhere near an accident but if my friend had not been concentrating for just a minute or had flashed when she was a few feet closer it could have been.

That reminds me of the time when there was a double traffic queue down a busy main road near Heaton Park and I was driving in the centre lane that was moving more steadily than the outside lane.  Without my knowledge a car on the nearside lane had flashed someone to join the traffic in front of him but the car decided to come right across in front of me too and as I was unaware of this flashing it caused a near accident and an angry  man who thought he had been given permission to get where he wanted to be so exercised no caution.

This illustrates in a minor way the responsibilities that go along with being 'nice'.  Aspiring as i do, to free spirithood. it seems be quite contrare to say that there are rules and if you break them then you need to be able to take the responsibility for the consequences.  So I won't say that.  I will say that we have systems to deal with complex situations and it's perfectly okay to be a free spirit and to adjust those systems as long as you are willing to consider all the implications and possibilities first.  And whats more to take the responsibility for any possible consequences.

Different cultures have different systems that are culturally accepted so for instance,  sticking with the car theme. In France you are left much more to your own devises when driving hence, to me who is not culturally used to it, the chaos of the great ring road around Paris or the roads in central Paris or any big city for that matter is gross.  However to a French driver all our rules are a bit of a bind.  I would imagine that pedestrians have to cross these road with more of an adventurous spirit too.  There may be solid reasons for these differences and there is no right or wrong.

So if you translate this into other acts of niceness and consquences - go on just think about it.

So it could be harder than you think to be really nice.