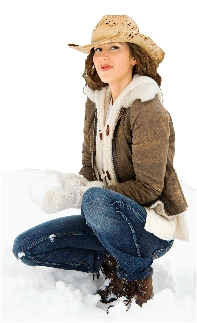 Feel Good through the Winter Months

Many people struggle through the Winter months with colds, sore throats and chest troubles, but influenza is a completely different matter.  In recent years there has been considerable talk about flu pandemics.  You may not be aware that Homeopathy has a long tradition of successfully helping people with the effects of influenza.  The Spanish Flu pandemic in 1918 was so virulent it killed many thousands, including ‘fighting fit’ soldiers.  Although it was well documented, it is little known that Homeopathic treatment of those infected was considerably more effective than for those treated in conventional hospitals, with traditional medicines.

In the 1918 Spanish flu pandemic Homeopaths reported a mortality rate of approximately 1% with their patients while conventional doctors were losing 30% of theirs.

There were a small number of Homeopathic remedies that were particularly effective then, and are frequently indicated in current times.  To be at their most effective it is important to match the patient’s symptoms to those associated with the specific remedy.  Here are just a few of the many available:

Gelsemium - classic flu symptoms that include aching, shivering, headaches and extreme fatigue. The patient may be thirsty but feel they can’t muster the strength to reach for a drink.

Bryonia - the patient is irritable and wants to be left alone, frequently in a darkened room.  If they have a headache it is often described as ‘bursting’ and they feel generally worse for the slightest movement.  Their mouth is very dry, causing them to want cold drinks, in large quantities, which are gulped down.

Aconite - is often helpful in the very early stages of colds or flu which come on after exposure to cold winds.  There will be high temperatures and a burning thirst for cold drinks.

Patients who are undergoing regular Homeopathic treatment frequently report having fewer acute illnesses such as colds, sore throats, chest infections and flu.  Many people seek treatment from Homeopaths when they have no specific symptoms, but just want to help boost their immune system and improve their sense of well being.  If you would like to know more about this, or any health related issue, Dave Masters is our resident Homeopath.  He is available at our centre monthly and works on Sundays monthly.