The Miracle of Chair Yoga 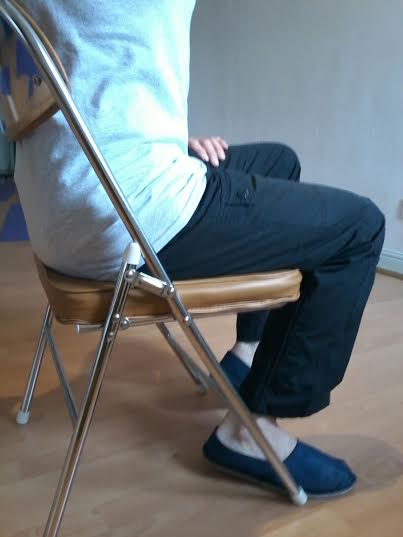 I suspect many seasoned and accomplished yogis would not give chair yoga much consideration.

When it first came into the yoga arena it was directed mainly at those who struggled to stand and do yoga and also as a useful exercise for desk bound office workers.

These two uses are still valid but the amazing value of chair yoga became apparent to me a couple of years ago when introduced as a unit on the yoga teacher training course. Even then it was intended to give trainees another tool in their kit when trying to accommodate struggling students.

What was amazing was that the trainees group feedback after practising chair yoga was surprisingly positive rather than dismissive. They thought it had left them feeling like they had done a regular yoga practice despite their not having been on their feet for an hour. What's more I had to agree with them.

Admittedly, you are using a prop that many yogis would feel unnecessary but the secret around chair yoga is to use the chair creatively while still keeping as close as possible to yoga posturing.

Like any yoga flow the practitioner can put as much or as little effort in as they like depending on their desired outcomes or their physical capabilities.

A flow can be adopted that will work from the feet right through to the upper body.

So to begin with sitting towards the edge of the chair you can flex the toes as if beginning the attempt to stand but simply applying the pressure of that effort on the toes into dorsi flexion. Then pointing the toes to the rear of the chair below the seat and pressing the upper toes down into the floor as in plantar flexion. These are humble beginnings but effective for toning the feet.

From here we can do a rounded selection of work with the legs and hips from extending the legs alternately clasping behind each thigh to flexing and clasping each knee for flexing hips.

A modified version of Warrior II is accessible keeping the sit bones on the seat of the chair and a kind of Tree Pose which sees the legs extended in front with the ankles crossed while clasping the hands above the head.

One pose I like for core and hip strength is simply lifting the feet off the floor and bringing the soles together.

Then there is the chair twist using the back of the chair to stabilize the rotation and yes even the Chair Pose itself but a more accessible version and without quite lifting the sit bones off the seat.

There's many more in the flow I use culminating in some neck and shoulder work and even a meditation if we have time.

I have used Chair Yoga a number of times with my “remedial” yoga group and it is always a winner with them. What's more they never think it is a soft option even those in the group with greater range of movement and strength. What's more once familiar with the chair yoga flow it is easy to practice at home. All you need is a kitchen or dining room chair and you're away.