What is a Chauvinist?

noun.. a male who patronizes, disparages, or otherwise denigrates females in the belief that they are inferior to males and thus deserving of less than equal treatment or benefit. 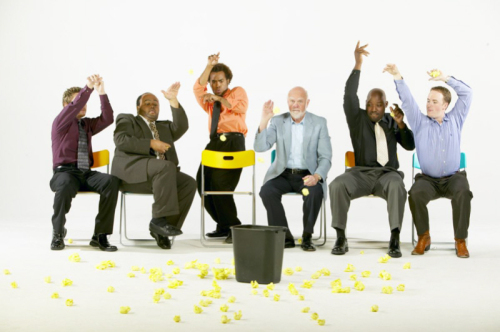 Well thats the commonly accepted term for the word but is that the only meaning?

You might guess, by the word, that chauvinism comes from the French language.

It originated during the Napoleonic wars when Nicholas Chauvin was injured during this period.  Depite his debilitating injuries he switched his fanatical obsession to Bonapart in the face of great hostillity prejudice and overwhelming opposition.  His single minded devotion to his cause resulted in the term chauvanism.

Jingoism is the term we use nowadays in this country, which means an agressive approach to foreign policy, believing in aggression as opposed to peaceful negotiations.  It also means a strong belief that your own country is superior to any others.  What we might now call extremism too.

Even in its currently accepted form chauvanism does not just apply to men it applies to any group who believe they are superior to other groups and fanatically defend that group to the extent that they treat outsiders with contempt or hostillity at best.

So apart from males, and other groups that spring to mind who tend to believe they are superior, some feminists could also fall into the catagory of chavinist if they have little regard for men and treat them as inferior beings.

Why do People become chauvanists?

Any form of agression towards another person, organisation or group of people is pretty much always through abject fear.  This is of course,is often  irrational and so the fearful person becomes the one to be feared as they turn to aggression in one form or another to detract from their inferiority.

From the man who says 'Good Girl' to the woman in an effort to dismiss her equality, to the terrorist who is willing to blow themselves up to hurt the perceived  enemy.

One is downright annoying the other is downright dangerous and a menace.  They are simply bristling up like the dog in danger

Drip feeding the attitude of even the mildest form of put down, can be very annoying to the 'victim' and eventually could lead to aggression if the victim continues to communicate with that aggressor.  If victim doesn't walk away and doesn't get aggressive then they are likely to become that inferior being that the agressor needs to feel superior.  Unless they can talk about what is going on and begin to understand each other a little better they are lost.

These people feel inferior to almost everyone and they don't really know why, nor do they believe that they can stop others from dicovering  that they are inferior so they have to use every tactic to express their superiority.  That normally includes at the very least putting people down and at the ultimate eradicating them. 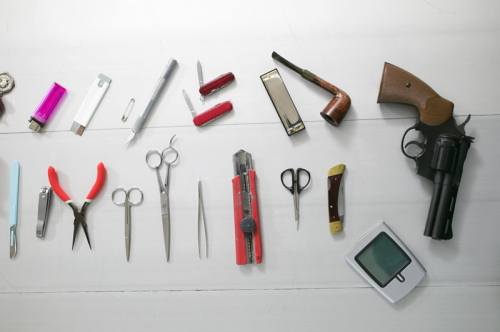 Most often that behaviour is so well inbedded that no amount of talking would do any good.  It would be a locking of antlers.  What is needed is for that aggressor to realise that they have a problem and to be prepared to do something about it.

The office or workplace aggressor who maybe gets right up peoples noses but at the same time may have a group of weak people who are prepared to follow and support is unlikely to recognise that there is anything wrong with her/him. Similarly the chauvinist who is aggressive towards family either thinks the family is argumentative or the family have become submissive and the aggressor is sanctified as right (and safe).  However, as we all know  behaviour is not just about what you say and do, it is also about your body language, your internal tensions and your supressed fears.

They're all  bubbling away under there waiting until you have time to notice them.  When the children let go of the apron string and don't need as much from you, when you retire and no-one looks up to you or there is no one to take your rantings... thats the time when you start to notice your body tensions and your mind overloads.  Thats when you find sleep difficult and you are unhappy for no real reason....that's the time when you could possibly start to think that you need help.

Your fear has become an embedded belief and you are so good at transferable skills that you have enabled yourself to transfer that fear onto something that you can really get your teeth into and make an impact on.   It's exactly the same with terrorism.  There is a lot of locked away anger within terrorists - not about anything to do with what they are targetting but about long ago when they couldn't do anything about it.  They're using the skill of transfering that anger to feel that they are doing something about it.

Amazingly or maybe not so amazingly, these fearful people would rather put down and fight someone of the opposite sex, someone who they feel is inferior to them or even  another country or race they looked down upon, they would rather do that than simply face their own fears.

It starts in childhood and needs addressing there.

We have too long looked upon children as non beings who we can boss around and order about.  In some cases beat and take all our aggression out on.  That's what makes broken adults.   It's time we started treating our children as little adults with respect and good example but that's another blog.