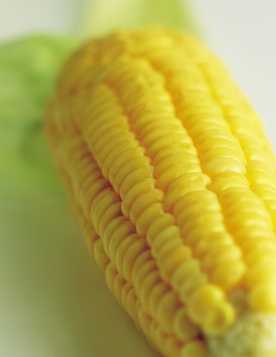 The lastest news on GMO (Genetically Modified Organisms - that's food on the supermarket shelves) has some shocking but well predicted news. You may remember the protests over introducing GMO farms to the UK many years ago.  The government of the time wouldn't listen to the people, whose main concerns were that there was no research on the effects of long term consumption of GMO foods and that through natural processes the GMO could not be contained and would contaminate other crops.i.e. insects, wind animals etc.  Well here the evidence seems to show that those concerns were well founded.  I wonder what was so compellingthat the government was willing to go against public wishes and support the US in this?
After monitring rats, fed exclusively on GMO corn for their lifetime, the results show an overwhelmingly significant increase in fatal tumours.
It reported, "Scientists found that rats exposed to even the smallest amounts, developed mammary tumors and severe liver and kidney damage as early as four months in males, and seven months for females."
The report seems to centre on Corn crops grown in the USA but which you a can be sure are included in your cornflakes, tinned, fresh and frozen corn, corn wraps and anything else containing non organic corn.
But we know that corn was /is not the only GMO crop on the market.  It is said to be almost impossible to get wheat that is not genetically modified, unless it is organic, so that includes bread, pastry, sauces and many other things that have a wheat content.

Rats are used in these experiements because they are most reflective of humans in their reactions.

Some are calling it the thalidamide of the decade.

Here are some links for more information - there are disturbing pictured of rats with large tumours on most of them.
The report
http://www.naturalnews.com
Daily Mail
The Grocer

What do you think?