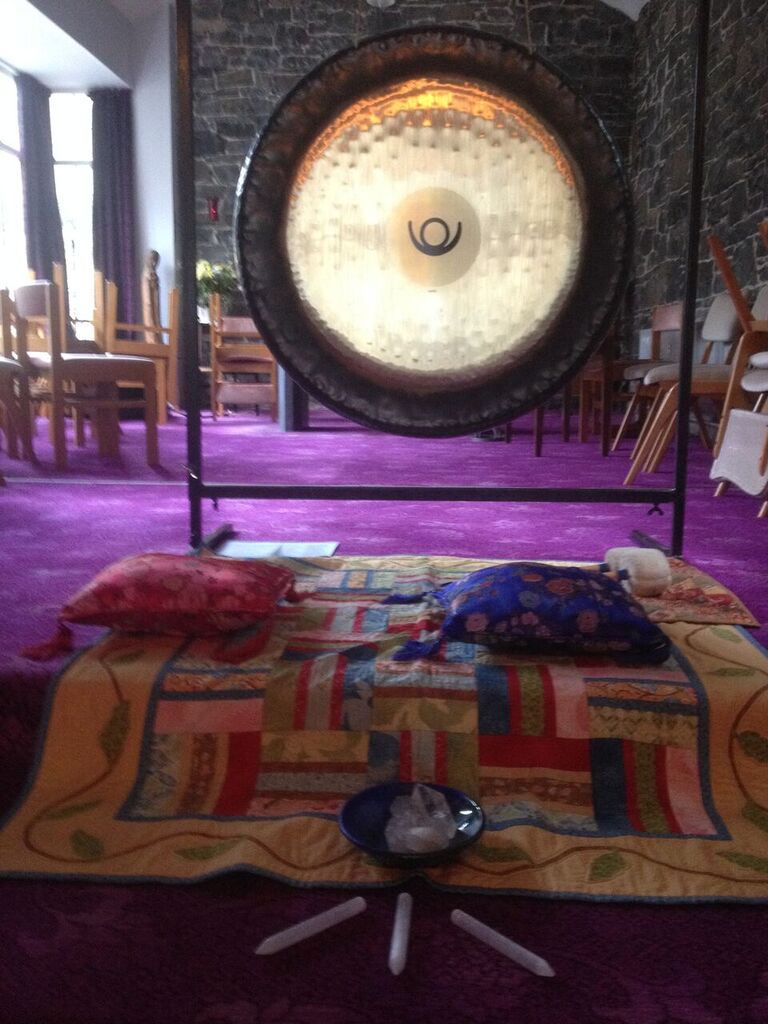 If you like sound baths and yoga then this could be your dream experience.

As a yoga teacher I was a bit sceptical at first then after being emmersed in the vibrationals of a Pluto Gong whilst deep in the release of a Child pose it seemed to cry out ha ha!.

During some practice runs with the Gong Master D, I initially thought that the gong was best as a complement to more energising and dynamic postures. Indeed you could well be lured into believing that this is where the gong is best served in yoga practice but while this may have some truth the deep sonorous tones of the steely disc play and reverberate with the threads of you senses so well when you are released into the labyrinths of any deep pose that it creates almost the wonders of a sensory symphony within the human dimension.

Unlike the vibrations of mantra and chanting where you have to make the effort to give voice with the gong you simply have to move through your yoga sequence focusing on the bodily sensations but with the added colour of the sometimes powerful and the sometimes subtle tones of the gong maestro.

The player is forever piosed at the metal face with softened hammers waiting to strike the appropriate notes taking her cue from the yoga instructor and the class before her. There is a kind of dance between the motions of the class and the skillful manoeuvres of the players upper limbs.

There is a sense of added power from the instrumental accompaniment as you enter into a more dynamic pose as its builds to a crescendo giving weight to the energy the posture brings.

Gong yoga is fairly new in some parts of the UK but I can see how like some of the other unconventional forms of yoga practice it will take hold and provide another dimension to an already growing yoga diversity.